At first, the series of matches that took place between Australia and England was not called the Ashes Series. In 1882, England and Australia came face to face for a test at The Oval. Australia won that Test for the first time. As the team of England was defeated on its home ground therefore, it came as a shock for the whole world of sports. The newspaper of The Sporting Times also made a joke story on it with the title of death of English cricket. The content of that joke story revolved around the premise that Australia has caused the demise of English cricket. The metaphorical body of the English cricket was cremated and then Australia took its Ashes with it. This term of Ashes sticks around with the England and Australia series of their own. The captain of the England team of that time was Ivo Bligh and he vowed that he would regain those metaphorical Ashes. In the next tour, those metaphorical Ashes came to life as some bills were burned and put into an urn which is infamous now. From there, the name Ashes has been fixed with the England VS Australia series. As of now, there have been about 72 series of which 6 have ended in a draw, 32 have been won by England and 34 have been claimed by Australia.

What is the Shape of Ashes Trophy?

The urn became a symbol and prize for the series as the pair of bills was burned and its ashes were put into the urn. This was done after England faced defeat in 1882 by the hands of Australia in their own home ground. The material used for the urn is terracotta and the height of the urn is about 11 centimeters. The urn came about as a result of a friendly gesture in the 1882 to 1883 series between England and Australia. It was given to the captain of the England team named Ivo Bligh. This series took place in Australia at Rupertswood Mansion in Sunbury. The urn is still present. It can be seen at the Marylebone Cricket Club that is also known as MCC. It is present at Lord’s in London. It was placed there after the death of Ivo Bligh who was the original holder of the urn. However, a replica is now given to the winner of the series as the original has a historic value and is considered fragile. 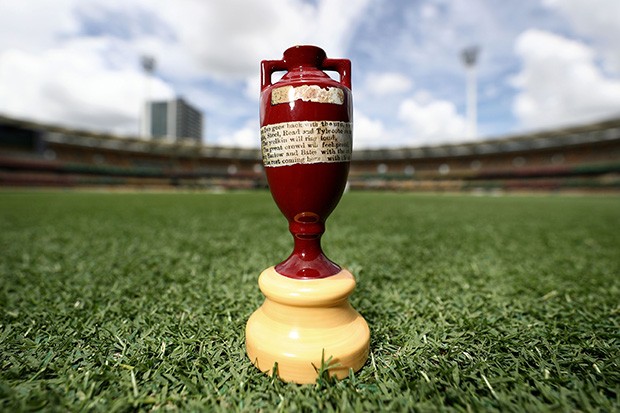 What Are The Ashes Venues

The series is held in alternation every two years in England and Australia. The location of each match of the series is different. The grounds that are used for the Ashes series in Australia include

Test is hosted by Melbourne and the New Year’s Day Test is hosted by Sydney. However, it should be noted that in the series of 2021-22, it was the first time in history of the Ashes that its final Test Match was hosted in Tasmania. This happened because of the restrictions that were placed by Australia for the pandemic of COVID-19. When the Ashes are held by England, it is mostly hosted at

However, it is tradition that the final series of the Ashes is to be played at the Oval. Till the year 2027, the Riverside and the Sophia Gardens have been put out from hosting the Ashes series.

England And Australia Squads for Ashes

There are only two teams that play the Ashes series; both teams represent their countries. There are no specific names allotted to the teams. They go by their general names, which are the English team and the Australian team. The teams include various players from their international teams that play in the World Cup. The teams are also known to include Test specialists for the Ashes series.

Australia and England Squad For Ashes

The replica of the original urn is presented to the winner of the Ashes series each time. So far Australia has won the series about 34 times. England has taken home the urn about 32 times. The series has ended in a draw for about 6 times and on these occasions the previous team gets to keep the urn. Australia kept the urn for 19 years during the years of 1934 to 1953 and it hosted the series as well. 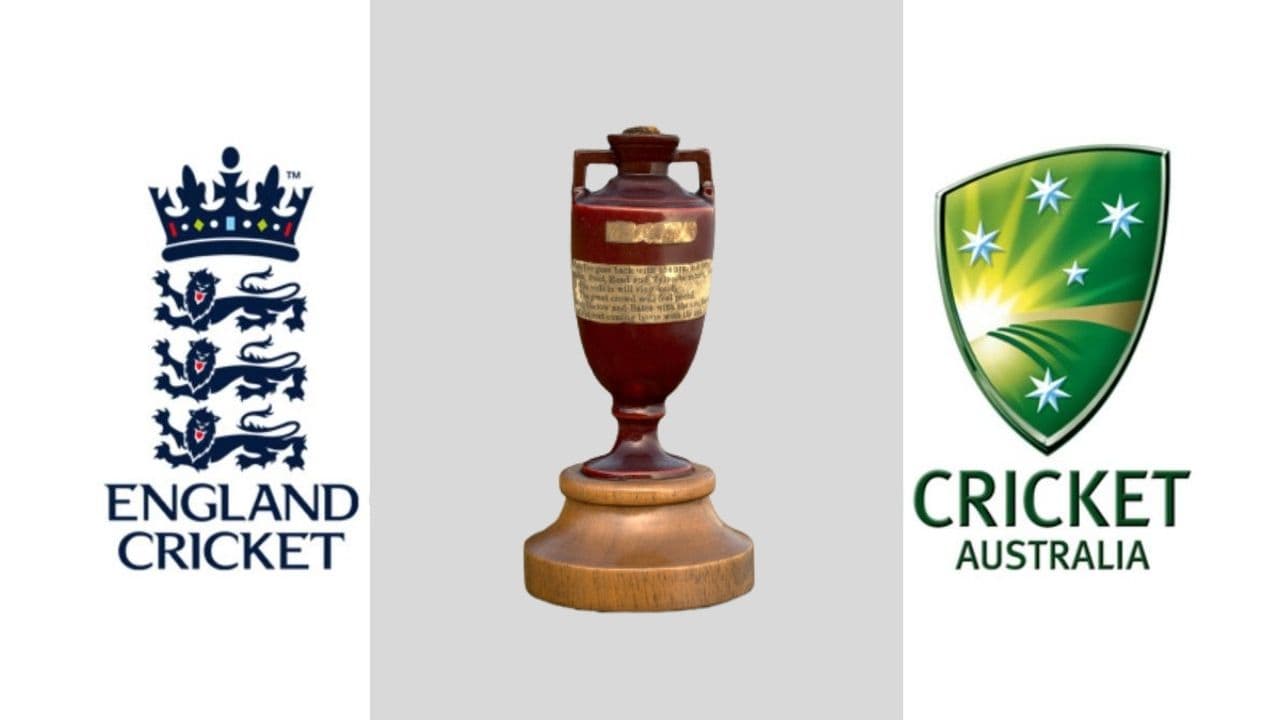 The series that takes place between Australia and England cricket team has given its own legendary players since its start. The records it has set are also quite shocking and high achieving records for the cricket World. We invite you to read the Ashes records and learn more about this serie. One of the main legends is Ivo Bligh because of whom the series began in the first place.

Most Runs in Ashes Series

The record for the most runs belongs to Sir Don Bradman. He claimed this record by making 5028 runs. He made these runs by playing 37 matches.

Most Runs in a Single Ashes Series

The Ashes stats show that the most runs in a single Ashes series belong to Donald Bradman. He is an Australian cricketer and a legend at that. In the 1930 series, he made about 974 runs and scored himself this title.

The highest wicket taken in Ashes series is Shane Warner. He holds the record by taking 195 wickets. He took these wickets in 36 matches that makes it 72 innings only. He creates a record and a legend that no one else has yet followed upon.

The highest individual score in the Ashes series has been made by Sir Len Hutton. He made a total of 364 runs in the 5th Test. This was made by him in the 1928 series of the Ashes from about 847 balls.

Most Centuries in Ashes Series

The Ashes series 2021-22 took place in Australia. A total of 5 venues were chosen for this. It was played from 8 December 2021 to 18 January 2022. As it was Australia’s home ground, therefore they had advantage on their side. They performed very well in the first, second and third test of the series. The fourth test turned out to be a draw however, the fifth test was once again won by Australia. England also showed potential and effort however the Australian team lucked out and sealed their win in the series. They won by 146 runs in three days with 4-0.

The next Ashes series is going to be held in England. The venues which have been selected for this are

The time period for the next Ashes series is decided to be from July 2023 to September 2023.