From the 15th IPL edition onwards, that was in IPL 2022, there were the addition of two new teams in IPL tournament. That means, since IPL 2022 there are 10 teams instead of the usual 8. One of the new two teams was Lucknow Super Giants (LSG).

Sanjiv Goenka from RPSG Group won the rights to manage the Lucknow-based, LSG team against a whopping prize of Rs. 7090 crores. This amount was 250% more than the BCCI’s base price of Rs. 2000 crores. Thus, the RPSG Group became the first lucknow Super Giants owner in the history of Lucknow franchise.

Based on the price, Lucknow Super Giants became the most expensive team in the IPL 2022 league. They appointed former Zimbabwean cricket coach Andy Flower as their head coach and Gautam Gambhir as the mentor for the team.

Lucknow picked KL Rahul ahead of the mega auction for 17 crores and he was named team captain.

Find out more about the Lucknow Super Giants’ complete squad, their list of matches and other information. 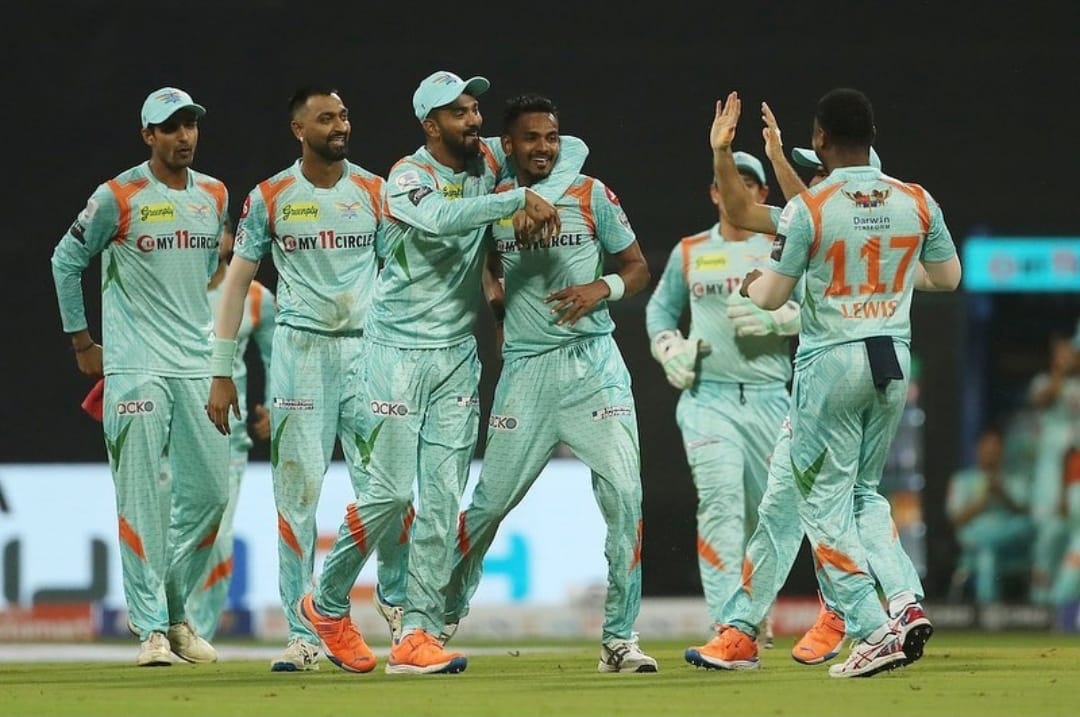 In August 2021, BCCI confirmed the news and announced the induction of two new teams from the shortlisted cities in the upcoming IPL league. Later on October 25, 2021, RPSG Group won the bidding war for the new Lucknow IPL team.

Former Zimbabwean cricketer Andy Flower had been chosen as Lucknow team coach. The team was captained by right-handed batter KL Rahul, who previously played for the IPL Punjab Kings.

The first season for the new Gujarat cricket team went quite well. The team led by KL Rahul played 14 matches, 9 of which ended in victory. The LSG team made the playoffs, but lost in the match with Royal Challengers Bangalore team by 14 runs and took 4th place in the IPL 2022 tournament table.

Due to the fact that the LSG team was created only in the last season of the IPL, its fan club is not yet large. However, due to the fact that Lucknow cricket team IPL showed an excellent game in the 2022 IPL season, the fans who believe in the success of the team are growing every day.

To date, the fan club of LSG is: 1.3 million followers on Instagram, 292 thousand on Facebook, 653.6 thousand Twitter subscribers and 35k on YouTube. What is really a lot for the new team of the tournament.

Associate sponsors of LSG for the next season RPL 2023 are Credenc.com, indian insurance company “Acko”, Jio, Too Yum!, DPGC and Greenply Industries.

KL Rahul leads the Lucknow side. This 30-year-old young batsman has been part of the International Indian cricket team since 2014. And even before that, he played his debut IPL season for Royal Challengers Bangalore in the 2013 edition. Then, before being bought by the Lucknow Super Giants, Rahul was part of the Punjab Kings.

He made his appearance in the Cricinfo IPL XI during the year 2019. Also, made his maiden IPL century during that year and was the second-highest run-scorer after David Warner. He also holds the record for the highest individual score in IPL by a batsman.

Rahul is definitely a treat to watch with his terrific cricket shots and moves on the field.

Lucknow Super Giants draws inspiration from ancient Indian mythology. Their logo is a combination of power, patriotism and protection. It symbolizes the Indian mythical bird Garuda with wings painted in the color of the Indian flag.

And the body of the bird is formed as a blue-coloured bat depicting the game of cricket with a ‘Jay tilak’ like representation of a red ball with an orange seam. Also, there’s the name of the team in the logo as well. So all in all, Lucknow Super Giants’ logo is the symbolism of unbiasedness and unity for the nation. It emits positive energy and the team’s goal is to soar high and high.

Every IPL team has their distinct logo and jersey to represent themselves on the field. And the newly added teams are no exception. Lucknow Super Giants have already declared their jersey with their main sponsor My11Circle. The Lucknow IPL players’ jersey is aquamarine blue with the green and orange stakes that are featured on the flag of India.

Sanjiv Goenka is the owner of RPSG Group which owns Lucknow Super Giants. The company is named after his late father Rama Prasad Goenka and is into different businesses, including carbon black manufacturing, retail, power and energy, IT-enabled services, agriculture, media and entertainment and FMCG.

The company’s total revenue is 3.6 billion dollars with a total asset of US $6.3 billion. The owner Sanjiv Goenka had different positions in the past including being the former president of ‘The Confederation of Indian Industries’ or a member of the Prime Minister’s Council on Trade and Industry. He was also the Chairman of the Board of Governors of IIT-KGP.