The 15th edition of the IPL will take place in Mumbai, Navi Mumbai and Pune. Last season, due to the growing situation with Covid-19, the tournament was suspended and its holding was moved to the UAE. It was heartbreaking for the IPL fans as they were thrilled to support their teams in the stadium.

Later, the 2nd edition of IPL 2021 kicked off on September 19 in the UAE. In total, 8 teams played last year, Delhi Capitals, Chennai Super Kings, RCB and KKR made it to the playoffs.

The full tournament schedule was announced on March 6, 2022.

And the league will expand this season with the addition of two new franchises. This will be the second season with ten teams after the 2011 tournament. Chennai Super Kings are the reigning champions having won their fourth title in the previous season.

Two new teams will be playing along the 8 usual teams this season. Here’s a complete list of the IPL 2022 players. So you can easily choose the best team to bet on cricket match online.

The habitual winners of the IPL with 5 IPL titles to date have the smartest playing strategies in every edition. The team has the strongest batting line-up with the likes of Rohit Sharma, Hardik Pandya, Suryakumar Yadav, and Krunal Pandya.

The MI squad won the IPL title twice under the captaincy of Rohit Sharma, and he’s leading the team this year as well. This Mumbai-based franchise was founded back in 2008 and is owned by Reliance Industries. Mahela Jayawardene is the current coach of the team. And the famous Wankhede stadium is their home ground.

Fans are super excited for their team, who’s fighting hard against their major rivals Chennai Super Kings and Delhi Capitals.

A team that has never won an IPL title since the inaugural season of IPL 2008, Delhi Capitals players now leading the points table with high chances of winning. This cricket franchise is owned by two strong business companies, GMR Group and JSW Group. More, the team has likes of great Ricky Ponting as their coach and Rishabh Pant being the skipper of the team.

Mostly, Punjab Kings players are the reason for the huge fan base. But, in the case of Kings XI Punjab, the team owners are being loved by fans equally as the team. Punjab Kings is owned by Preity Zinta, Karan Paul, Mohit Burman, and Ness Wadia.

This Punjab-based franchise was founded back in 2008, and it recently changed its name from Kings XI Punjab to Punjab Kings. The team has its home ground in PCA stadium, Mohali. And they’ve never won an IPL title which is why they changed their name, logo, jersey and made major changes in the team as well. The PBKS team is hopeful this year to make a new start.

The Yellow Army is being loved by all despite which team they support. And MS Dhoni, one of the best ipl batsman with highest score, is the reason behind the team’s huge fan base. Dhoni has been leading the team since it was founded in 2008.

This IPL team is owned by India Cements Ltd., and MA Chidambaram Stadium, Chennai, is their home ground. In the IPL 2021 finals, CSK showcased an all-round performance against KKR to clinch their 4th IPL title. Chennai Super Kings IPL 2021 Champions.

Chennai Super Kings players are the defending champions this season. They won their 4th IPL title last season, in 2021. The final was against KKR who set the target of 165 in 20 overs. However, CSK crossed the target and scored 192 at the loss of 3 wickets only.

Faf du Plessis was Man of the Match for his impressive 86 at 59 deliveries.

This Kolkata-based cricket franchise was founded in 2008 and is owned by Shah Rukh Khan, Juhi Chawla, Jay Mehta, and Red Chilies Entertainment. This star-studded ownership is one of the reasons why fans love their team.

More, the KKR team is also hugely praised for its theme song, “Korbo Lorbo Jeetbo,” which gives the sweet, cultural essence of Kolkata. Eoin Morgan is the captain of the team, with Brendon McCullum being the coach. The team recently made it to the playoffs with more run rates against its major rival, Mumbai Indians.

Amount of Players in Squad: 23

This Virat-led cricket franchise was founded in the year 2008 and is owned by United Spirits Ltd. Virat Kohli is the reason why fans love their red army despite the disappointments year after year.

The RCB pays 17 crores to Virat Kohli for being in the team, as he’s the team’s strength. You cannot imagine Royal Challengers Bangalore team without him. Mike Hesson is the team’s new coach, and the team is currently 3rd in the points table after CSK. M. Chinnaswamy Stadium is RCB’s home ground.

The team that wore the champion crown in the 1st edition of IPL has never won the title after that. But still, Rajasthan Royals team has earned loyal fans.

Sanju Samson, India’s best wicket-keeper, is the current captain of the team, with Trevor Penney being the coach. This cricket franchise was founded in the year 2008 and is owned by Manoj Badale, Lachlan Murdoch, and RedBird Capital Partners. In IPL 2021, the RR team is 7th on the points table against its rival team Sunrisers Hyderabad.

Sunrisers Hyderabad is being called as Eagles or Orange Army by their fans. The team won the IPL title once in 2016 and is known as the most consistent team of all. It was founded in the year 2012 after Deccan Chargers were terminated.

This IPL team is owned by Sun TV Network, and Kane Williamson is the current captain of the team. And Trevor Bayliss is the head coach for the team. However, despite the great performances during last years, it was a bad year for the SRH squad, as they’re last on the table with 6 points.

Lucknow Super Giants (LSG) are a franchise cricket team based in Lucknow, Uttar Pradesh. They will play in the Indian Premier League (IPL), in 2022. Founded in 2021, the team will play its home matches at the BRSABV Ekana Cricket Stadium in Lucknow. And it will be captained by KL Rahul. Andy Flower will be playing the duties of the head coach.

The team is owned by the RPSG Group of Sanjiv Goenka. The group previously owned the Rising Pune Supergiant franchise between 2016 and 2017. But, that team was a replacement team and it had to be disbanded once CSK was readmitted to the IPL 2018. 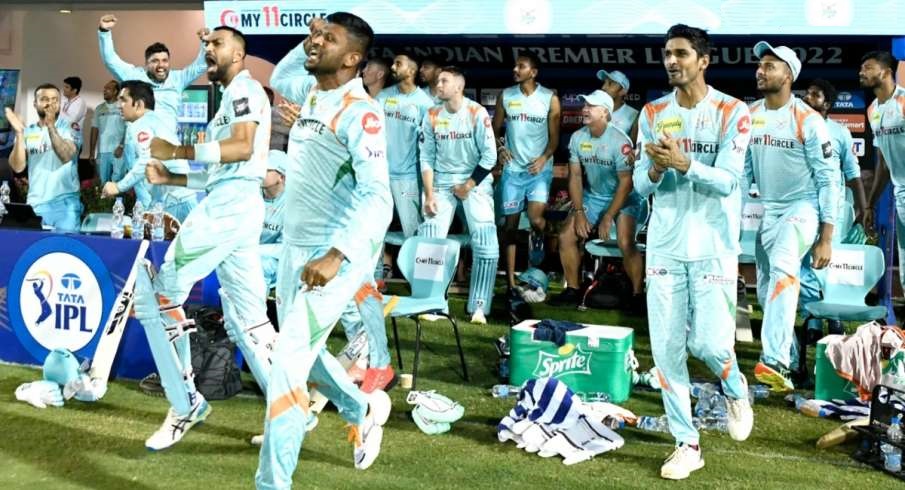 Gujarat Titans is a franchise cricket team from Ahmedabad, Gujarat, India, that will play in the Indian Premier League (IPL) starting in the 2022 season. Founded in 2021, the team will play its home matches at the Narendra Modi Stadium in Motera. The team will be captained by Hardik Pandya. The head coach will be Ashish Nehra. The owner of the franchise is CVC Capital Partners.

On Wednesday, 9th February the Ahmedabad franchise revealed the name of its cricket team as the Gujarat Titans.

At last, Gujarat Titans have revealed the date of an inaugural event – Sunday 13th March. The venue will be Narendra Modi Stadium, Ahmedaba which is the World’s Largest Cricket Stadium. They are considered to have best IPL cup winner odds in this season. 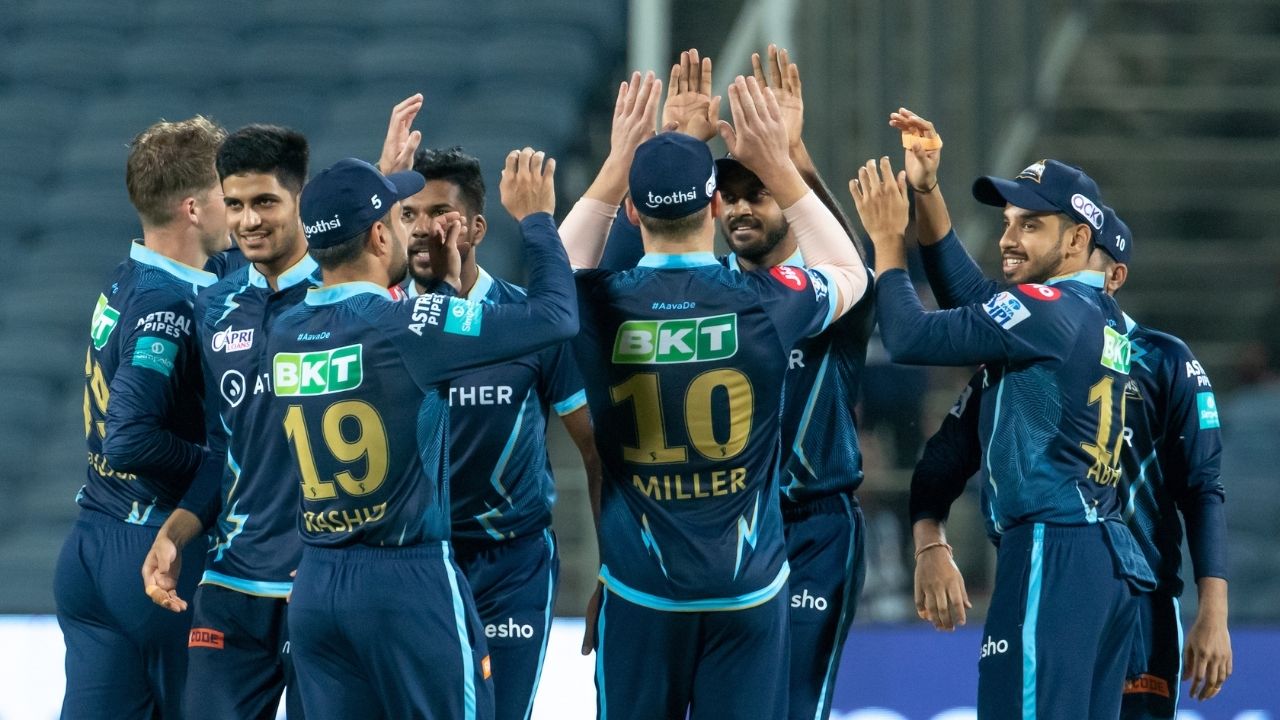