One-time champions of the IPL title in 2016, Sunrisers Hyderabad is the only IPL team that has been consecutively making it to the playoffs since 2016.

This Hyderabad-based team was founded back in 2012 after Deccan Chargers were terminated by IPL. The team has a tagline, “Rise up To Every Challenge,” and is undoubtedly the most consistent team of the IPL.

The SRH squad is best known for its bowling side. They always had excellent leg spinners and pace bowlers like Amit Mishra, Rashid Khan, Bhuvneshwar Kumar, and Trent Boult.

Also, you can find up-to-date information about online IPL cricket betting for the Sunrisers Hyderabad team on our website.

We are a licensed, legal and reliable online cricket betting site that is 100% confident in honesty and security.

Also, you can bet on IPL cricket team Sunrisers Hyderabad on our website. 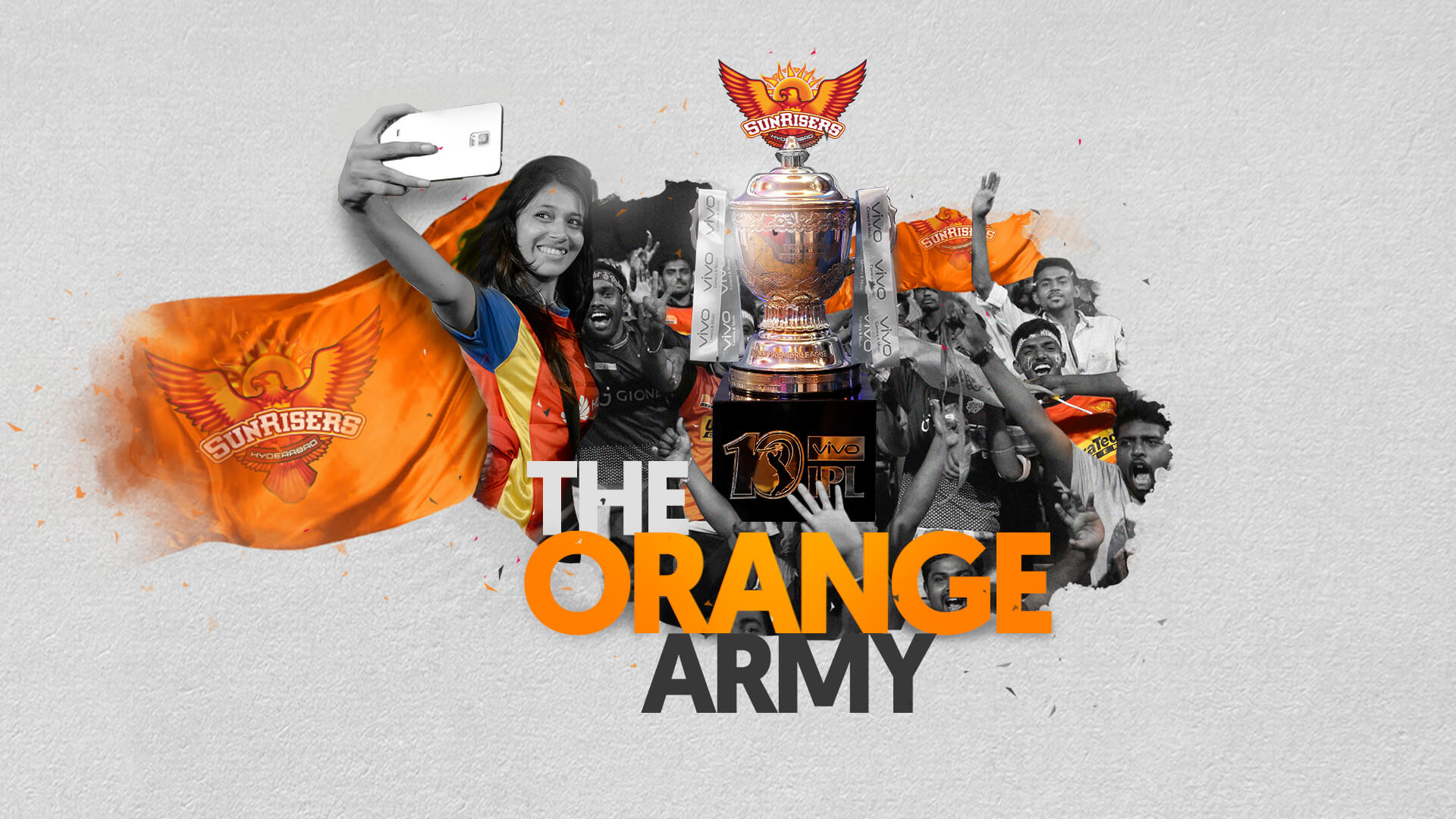 Sunrisers retained 20 players from Deccan Chargers.
Added big-name players into the SRH squad, including Darren Sammy and Quinton de Kock.
The team reached the semifinal but lost the eliminator round against Rajasthan Royals.

Shikhar Dhawan was the captain.
Sunrisers was the highest-scoring team of the tournament.
The team finished sixth in the table.

David Warner became the captain of the SRH squad for the first time.
David Warner won the orange cap and the IPL award for most fours.
The team finished sixth in the table.

Bhuvneshwar Kumar became the first player to win the purple cap.
SRH won the IPL title against players of Royal Challengers Bangalore. And this was their first and the only IPL title to date.

David warner once again won the orange cap.
Bhuvneshwar Kumar retained the purple cap this year as well.
The team reached the playoffs and ended 3rd on the table.

David Warner stepped down from the captaincy, and Kane Williamson became the new captain.
Kane Williamson won the orange cap.
The team made it to the finals but lost the match against Chennai Super Kings players.

David Warner made a comeback in the team.
Kane Williamson remained the captain with Bhuvneshwar Kumar as the vice-captain.
David Warner won the orange cap.
SRH squad lost the eliminator round against Delhi Capitals.

Trevor Bayliss was appointed as the head coach of the team.
David Warner again took charge of the Captaincy and became the highest run-scorer for the season.
Sunrisers lost the qualifier 2 round against Delhi Capitals.

Tom Moody became the director of cricket for the team.
After six matches, David Warner was removed from the captaincy. Sunrisers Hyderabad and Mumbai Indians IPL team have faced each other in 17 matches in IPL. Out of these 17 games, SRH have won 8 whereas MI have come out victorious on 9 occasions. 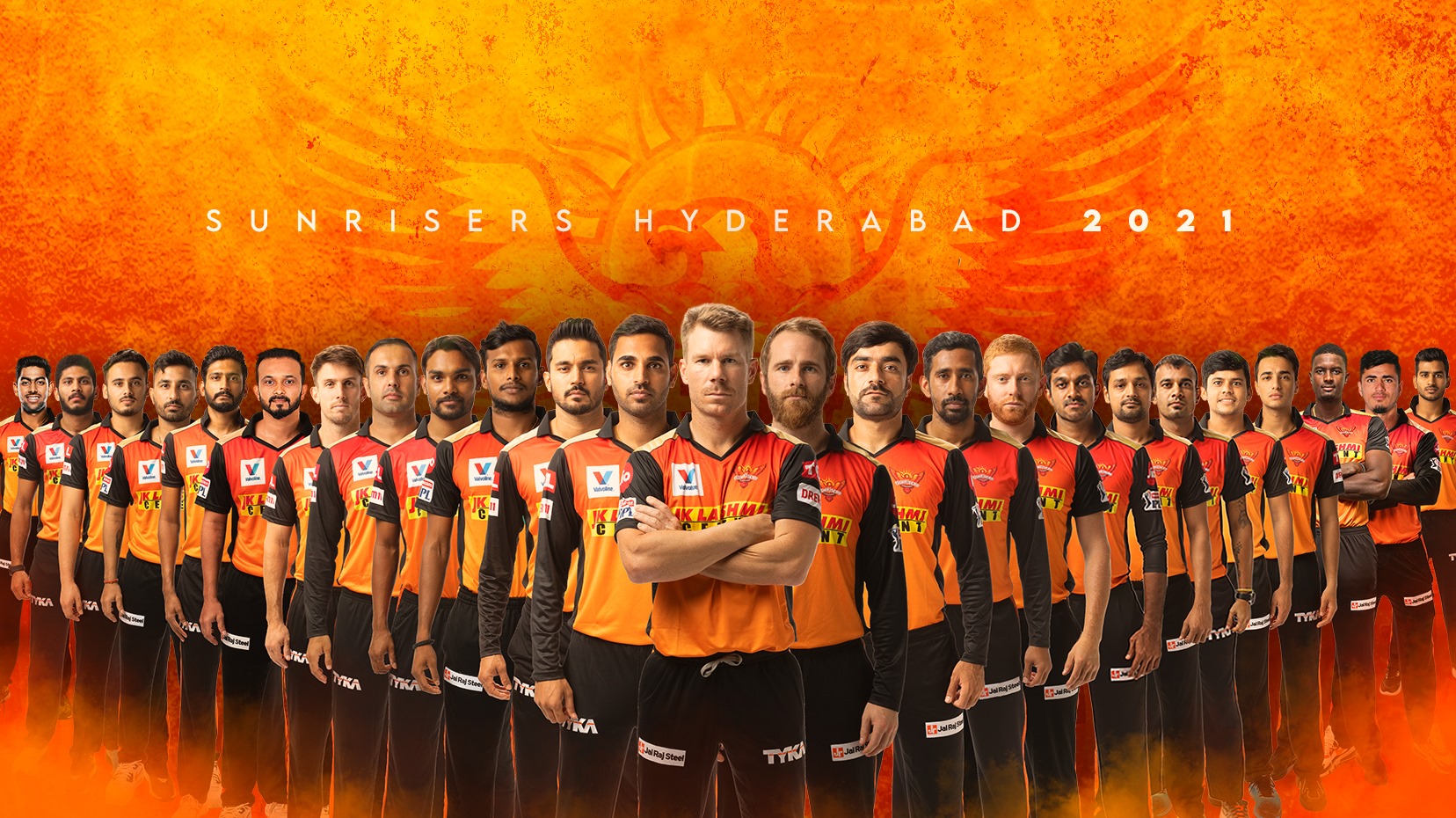 Sunrisers Hyderabad became the winners of the IPL cricket in the 2016 season, defeating Royal Challengers Bangalore in the final over 8 rounds.

Sunrisers Hyderabad’s budget is almost 70 crore, which they can spend on players they want to invest in the future. The IPL 2022 mega-auction may be the most important for this franchise. The team is in a race against time to assemble strong IPL 2022 players.

Just like their names, the Sunrisers Hyderabad have been rising and rising brightly since 2012. And their fans seem to fell in love with the team harder every year.

The team has Australian David Warner, who won the Orange cap thrice for the team, English man Jonny Bair stow, and not to forget the great performer Kane Williamson.

The team has Australian David Warner, who won the Orange cap thrice for the team, English man Jonny Bair stow, and not to forget the great performer Kane Williamson.

David Warner holds the record of the highest batsman score in IPL for Sunrisers Hyderabad.

The new skipper for the team seems to be fitting in his role. And the team, after their initial fall, is balancing on the pitch again. Also, Kane will replace David as the opening batsman of the team as Warner is no more part of the SRH.

Kane’s career is thriving right now, and he is proving himself with great performance even under pressure.

This Australian opening batsman has been with the team since 2014 and is the highest run-scorer of the SRH squad. Even under his captaincy in 2016, the Sunrisers won their maiden IPL title. David is a three times winner of the Orange cap in 2015, 2017, and 2019.

Unfortunately, he’s no more playing for the team for the rest of the IPL. And chances are that Warner will be released from SRH before the 2022 IPL league.

This pace bowler is the heartthrob of the Sunrisers fans. His ability to swing the ball both sides makes him irreplaceable even when he gets injured quite often. He’s the purple cap holder of two consecutive IPL seasons for 2016 and 2017.

This Afghan sensation is one of the best leg spinners of the SRH team. He took 20 wickets in the IPL 2020 and 11 in 2021 till now. Fans have high hopes for him.

In the batting lineup, this English batsman is the opener of the SRH team. And the team is highly dependent on their opening lineup.

He may not be playing for the SRH for a while. But, Bairstow is the third-highest run-getter of the SRH team. And his removal from the team was only to strengthen their middle order. 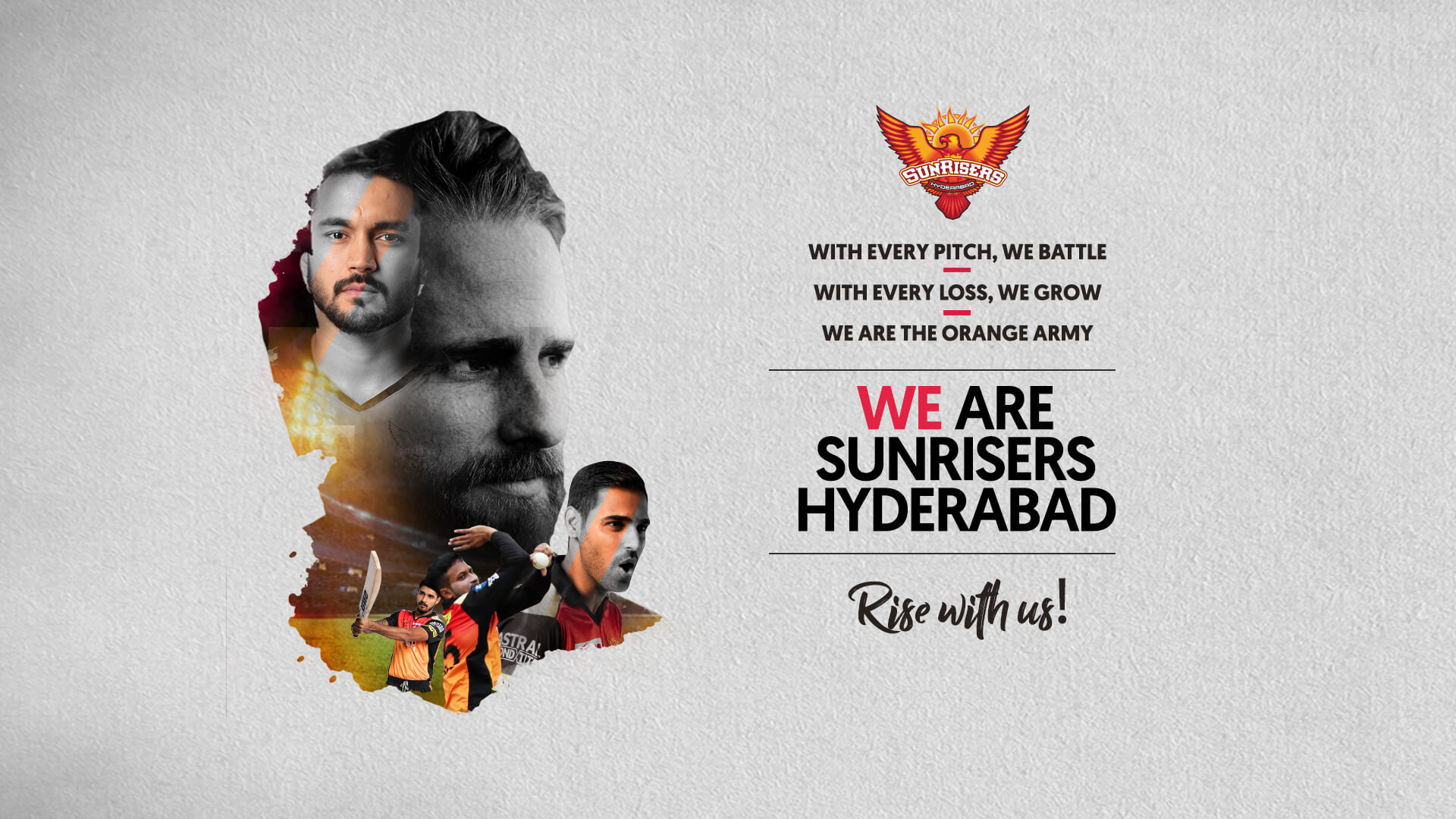